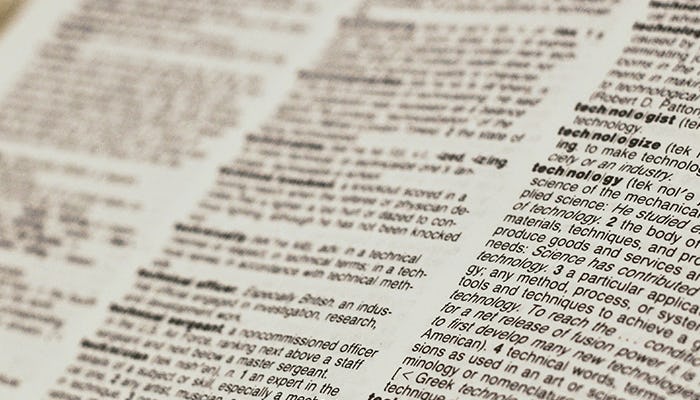 who is this article's for?

If you're not sure what the in-industry terms, technical jargon and job titles the web development/designer field has means, and you're in charge of hiring someone(s) to develop a new website or update your existing one, this article's for you.

I kept it as plain English as possible, simplifying terms as much as I could within reason.

why is knowing any of this jargon important to you?

Loosely understanding all this jargon allows you to ask the right questions to the person or agency you're considering hiring. One benefit is that you'll have a much better chance of hiring the person/agency with the right skills to get the job done.

Within this industry, those titles aren't interchangeable. This doesn't necessarily mean that a web designer isn't a web developer (or vice versa). It means that the skillsets associated with those two titles are different but often overlap. The Basic Front End Developer -- Bare Minimums

There are three main branches of code developers use in the web design world:

Of the three, anyone you hire for web work should be able to code HTML and CSS comfortably. The third branch of code, JavaScript, is arguably unnecessary for most small - medium-sized websites. A passing familiarity is often enough (with the exception being your website heavily using/needing JavaScript).

more on html and css

HTML and CSS are the backbones of web development. They integrate to create the sites you're browsing every day. Every website in the world uses them. The difference between HTML and CSS:

HTML is the content of your site, i.e., the code that places all of the images, titles, words, links, etc. into your website. CSS is the language we use to stylize all of those things, i.e., make your titles bigger than the rest of your text, color something blue, put a background behind something, make the images fit on different screen sizes, etc.

CSS is short for Cascading Style Sheets. Again, it's used to style the content on your website. But it does much more than that. CSS, through its use of CSS Grid, Flexbox and Media Queries (all jargon!), is a popular way of creating what you see advertised as responsive websites.

It boils down to this: Grid, Flexbox and Media Queries are a few of the tools developers use to make your website automatically adjust its content to fit on a desktop, tablet or phone.

JavaScript is big. I mean, it's really big. Out of the popular coding languages on the net, JavaScript's the biggest. In fact, W3Tech shows that 95% of websites use it.

It's tough to capture what JavaScript does in a brief, plain-English article because it does so much. But here's my attempt:

And that's not even the tip of the ice burg. But I'll leave it at that to keep this brief. Website Hosting

You have to put your website somewhere. It's often hosted by a large company like GoDaddy, HostGator, Google, etc. You can host your website in your home or office if you have the equipment, but it's simply not worth it if you're a small to medium-sized business.

You'll probably rarely directly work with back-end web developers, but their job is incredibly important. Above, we mentioned hosting (and how it's generally not worth it for companies to self-host). That's because most web designers or developers don't need to know too much about the back-end. In a way, it's an entirely different job, all-be-it related.

I think an analogy might work better than an explanation: A back-end developer is like a windows technician. The windows tech is in charge of making sure your computer's receiving updates, that all the programs work, and everyone has the right login info, etc. You, the user, don't need to understand most of that for your day-to-day job. In this example, you'd be more like the Frontend person.

Back-end developers deal with everything we don't see. Specific examples include how the server (what your site is on) communicates with the browser (you), making sure that the server is updated to its newest, stable environment (think windows updates), general server security (making it difficult to get hacked), backups (in case you do get hacked), administrative stuff, etc.

That list is nowhere near exhaustive. But it's enough info to grasp a few of their responsibilities.

The coding languages your familiar with influence what roles you'll be applying for. Here are a few popular roles:

There's a lot more I could add to that list, but you probably don't need to know many of them. One additional thing to know is that many of the skillsets within these roles may overlap with each other.

What's listed above is an overview of the basics. Coders, like most industries, usually fall down a rabbit-hole of further specializations. These come with additional possible job titles (titles I left out above). Some are more popular than others. It depends on the coders' interests, industry needs and the scale of their projects.

Three of the more popular terms you might run into are Webpack, React.js, and NPM. Most people I've spoken with have argued that those are the three significant components front end developers are concerned with after they've learned the basics.

One specialization example not mentioned above is WordPress Website Development. They, like myself, lean more towards HTML, CSS, PHP, and sometimes JavaScript.

And that covers a fair amount of the jargon you should know.